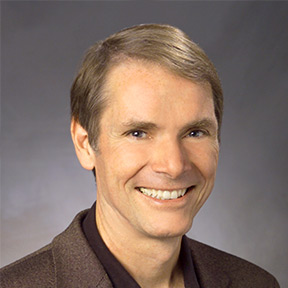 is a globally recognized expert at modelling Success, Transformation, and Genius. Robert has seen through his work that when you implement strategies for these areas through Genius, extraordinary results happen.

Robert’s work has positively influenced and impacted the lives of millions of people, and Robert is a highly sought after speaker and strategic consultant.

One of Robert’s major contributions to the Business Success field has been Success Factor Modeling (SFM).™ SFM was created through modeling the success strategies of numerous entrepreneurial and large company leaders, including Steve Jobs. SFM has been used extensively by both Fortune 500 companies and venture backed growth companies to accelerate their growth, through leadership, creativity, communication and team development. Robert has also published numerous books on leadership, including: Alpha Leadership, Visionary Leadership Skills, and From Coach to Awakener.

A number of Robert’s Fortune 500 clients, including (Microsoft, b c) have implemented SFM at the “C” executive level to rapidly increase growth, profitability and productivity. Several of Robert’s growth company clients who applied SFM, including Cross Knowledge (a leading

E-Learning company acquired in 2014 for $177 million on $34 million in revenues) have grown extremely rapidly and been acquired by larger concerns.

Roberts speaking and training engagements in Success and Leadership have included:

Robert is recognized as a pioneer and leader in personal and professional transformation through his work with Neuro-Linguistic Programming (NLP). NLP is the fastest and most effective technology Robert has found for:

Robert co-wrote the Encyclopedia of NLP, and 12 other leading NLP books. Robert created and developed many of the most commonly used strategies in NLP for belief change, integrating conflicts, and state management. Robert has recently created the Third Generation of NLP, so anyone can implement “Generative States” to stay ahead of today’s fast moving society.

Robert created one of the leading schools for NLP, and trains at many of the leading coaching and NLP training schools and their leaders around the world. One of Robert’s annual speaking engagements is for the Brief Therapy Conference of the Erickson Institute. Robert trains thousands of MD psychiatrists and therapists rapid change techniques he created that they can use for their patients. In 1997 and 1998, Robert supervised the design of Tools for Living, the behavior management portion of the program used by Weight Watcher’s International.

Genius Modeling and Strategies of Genius

Robert has been modeling the strategies of geniuses for over four decades, creating powerful strategies and processes to effectively replicate genius level thinking and strategies. Through carefully observing the patterns of people with extraordinary gifts, a great model can allow almost anyone to replicate those patterns and get similar results.

His early work included modeling geniuses in personal growth and transformation, including Dr. Milton Erickson (the father of modern hypnosis and NLP). Robert wrote The Strategies of Genius Volumes I through III, modelling Walt Disney, Einstein, Aristotle, Mozart, DaVinci, Tesla, and many others.

Through this work, he uncovered the eight patterns of genius common to all these masters, and has created programs to access genius level thinking. Robert has used these strategies himself connect to a genius state for four decades, including: writing 20 books, constantly innovating new products and programs, art, and teaching himself concert piano.

Robert was an associate professor at the ISVOR Fiat School of Management for more than fifteen years, and served as chief scientist and Chairman of the Board for ISVOR DILTS Leadership Systems (through the corporate university of the Fiat Group). Robert has a degree in Behavioral Technology from the University of California at Santa Cruz.

Mitchell’s career has been based in the rapidly innovating Silicon Valley, where he has helped 150 companies raise over four billion dollars in growth capital. He has scaled a business unit he was a partner in from zero to $100 million in three years. Mitchell loves helping emerging companies grow really big really fast.

Mitchell was the founding Head of Internet Investment Banking and Managing Director at Piper Jaffrey Companies. He helped pioneer bringing the first wave of internet companies to Wall Street. (The group that scaled from zero to $100 million revenue in three years). Mitchell is experienced in public offerings, private placements, and mergers and acquisitions. Mitchell was also the co-founder of 10X Medical Investors, a Silicon Valley based angel group, which funded over 100 healthcare companies.

Mitchell is a growth company expert and loves the entrepreneurial spirit he has seen flourish in the Silicon Valley over the past 3 decades. Mitchell has worked with high growth companies in the internet, consumer health, healthcare, technology and services.

He is also the co-founder of Companion Health Products LLC, which creates and markets health and healing information products including TheSleepCompanion.com, a leading insomnia relief program. He’s also co-created programs for stress reduction, and surgery preparation and healing.

Mitchell is a certified trainer in Neuro-Linguistic Programming, which models human excellence, and creates replicable processes and patterns for success and well-being. Mitchell is also a certified NLP Executive Coach.

Mitchell has also served on numerous company boards, and is the Founding Board Chair of the Blue Bear School of Music, the original “School of Rock”. Mitchell was formerly a CPA with KPMG, and was CFO or COO at several privately held and VC backed companies in Silicon Valley companies.

Mitchell is a graduate of the Haas School of Business at UC Berkeley. 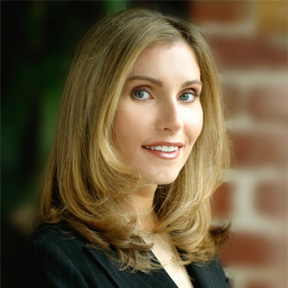 is a Medical Doctor (Russia), a Conscious Coach and Trainer, an NLP Coach,and entrepreneur.Her work has been featured on NBC, MSNBC, Russian State TV, and web media.

Dr. Stevko is one of the leading experts at rapid transformation for business, health and personal growth issues. She has an incredible 11 year track record of helping people get extraordinary results quickly. She is known by her clients for her absolute commitment to help them get the results they want.

Olga has helped thousands of people to get to the “next level” in their lives. She has mastered the ability to quickly identify and transform blocks or limitations that can affect your business, your health and your happiness.

Olga has created her own unique processes and techniques that allow people to transform limiting beliefs and internal conflicts rapidly. She has also created transformational workshops which help people improve their self-esteem, their health and to reach their full potential.

She is also a co-founder of Companion Health Products LLC, which creates and markets health and healing information products including TheSleepCompanion.com, a leading program that helps people to sleep better. She also co-created programs for stress reduction, and surgery preparation and healing. These programs are used in private clinics and surgery centers.

Dr. Olga Stevko is a certified trainer in Neuro-Linguistic Programming (NLP), which models human excellence, and creates replicable processes and patterns for success and well-being. She is also certified in Health NLP, andEricksonian Hypnosis.

Dr. Stevko is a graduate of the Vladivostok Medical University, Russia where she received her medical doctorate and finished in the top 10 percent of her class. She was a Medical Doctor in Russia for eight years before coming to the U.S.